By chance (or maybe not) Emmanuel Iduma sums up this book perfectly himself in a couple of sentences about halfway through the book:

‘But faces aren’t mirrors. Suppose we look long enough at others to discover their secret impulses, could we understand our own in the process?’

A Stranger’s Pose seems to be a series of introspections Iduma puts together by learning about himself through interacting with people he meets on his travels.  His memories of lovers, his shared grieving.  What do his thoughts and interpretations of other people’s actions or words say about him, his history, his outlook? I’m aware that this sounds incredibly narcissistic but it’s not!

The book is made up of 77 brief vignettes (some just a paragraph of thoughts) and accompanying monochrome photographs put together during his travels across a number of major African cities. It’s non linear as Iduma moves from Addis Ababa, Lagos, Casablanca etc – so gives the effect of a random access to thoughts. The photographs are beautifully executed by acclaimed African photographers including Malick Sidibie, who tells him that ‘Photography is a charismatic medium’. It definitely is here.

pages and pages of thought in some sort of dream state

Unpretentiously lyrical, sometimes poetic, sometimes even funny, this travelogue/ memoir is a beautiful piece of work. Iduma mentioned in an interview I read somewhere that he was trying to connect his memory and imagination. I think he succeeds in doing exactly that, the result being pages and pages of thought in some sort of dream state. The idea of closing that gap between memory and imagination is fascinating to me because I think that’s what nostalgia really is- a romanticised , hazy version of what we remember.

Absolutely loved the photographs, found myself looking a few times at each one. Sometimes Iduma included a simple, brief description of the photo, prompting you to look for things you might have missed in moments that seemed to be almost meaningless in their simplicity. One of my favourites was reminiscent of Jamal Shabbazz’s work but with the subjects in African attire- I’m a massive fan of combining the African aesthetic with 70s-80s-90s-2000s cars, buildings- anything really! Probably the effect of being a Ghanaian who grew up in London.

There are alot of ‘but why did you tell me that?’ moments to be had while reading this. Probably due to mundanity of descriptions if every day life while Iduma allows the reader to follow his thoughts.

I have absolutely no idea why but from the first page, this book made me think of Frank Ocean’s song White Ferrari. Maybe because it manages to be a little profound while staying minimalistic.

Although very simple, there’s definitely something special about A Stranger’s Pose that is difficult to pin point 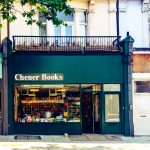 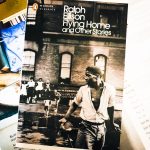 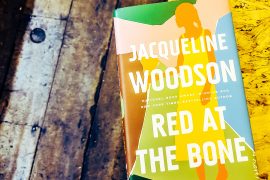 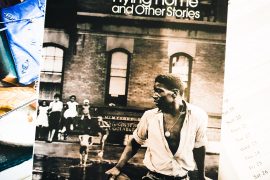 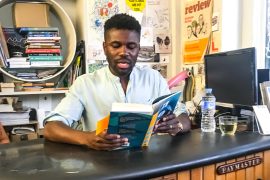