It’s easy to mark movements like The Great Migration down as a historical era to just ‘be aware of’. Of late, I haven’t read much about it. Last time I noticed it given much page space was in the latter half of Yaa Gyasi’s Homegoing

Through the 13 short stories in Flying Home, Ellison gives individual faces to the Black American experience during this era. As a body of work, the message is clear: we are all going through violent injustices but we are not a monolith. We are going through these atrocities but we still hang out at the bar, our kids still laugh- when you let them. We are still humans. We outchea. Here- read an account of  a man driven to murder in rage and self defence (Hymie’s Bull)… but also, read a story of a boy who sees a woman naked for the first time (what happens next is a problem- A Coupla Scalped Indians).

I liked most of it. Felt parts of it. Some stories were powerful in their display of innocence or frankness through criminally heartbreaking circumstances. Other stories, while still worthy in their own sense, did not pack the same punch.

…….but even in the playful, the racial oppression is clear

Ellison writes all the narratives with an even casual approach that powerfully suggests that they are all equally representative of the era- whether it’s a white boy witnessing the public burning of a black man (A Party Down At The Square) or two black kids trying to teach chicks to fly (That I Had Wings).

Amidst the visceral and life threatening , there is also the playful- Buster and Riley provide light hearted adventure but even here, there are clear undercurrents of racial oppression. Young buster is reprimanded for even singing about being president for fear of angering the white folks

The innocence in the stories featuring children is heart breaking, particularly moving was the young boy learning to interpret his mother’s tears on their journey up north in Boy On A Train

The moving title story features a Tuskegee pilot desperate not to see himself in a much older black man in what seems to be his anger at enduring belittling of his dreams since chilhood.

Flying home was written before The Invisible Man and posthumously published. I haven’t read the Invisible man (don’t come for me!) but I know it’s considered a modern classic. The collection here feels like it might have been ongoing practice for that novel. Some of these stories made me think and moved me at the realisation of what life was like for African Americans during this period. Some were just ok.

As a body of work, I get what this was supposed to achieve. If you’re a Ralph fan- which in may become- you will likely enjoy this work as a step in his help show his progression as a writer.

How could I not say anything about that gorgeous cover photo?? Shot by Gordon Park… Check out his collaboration with Ellison on a photo essay project, eventually published in 2016 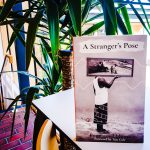 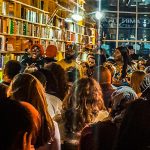 Death In The East by Abir Mukherjee Book Review: Clues, Colonialism and Class