I loved reading People From My Neighbourhood. I’ve never read anything by Hiromi Kawakami before and found this very clever and off-beat. ‘Delightful’ isn’t a word I use a lot but the brief, colourful stories made me smile- even laugh at times. Tried to figure out where all the little links were. There are a lot of little quirks that made me ask ‘Why is that even in the story? why am I being told this?’

Hiromi Kawakami gives us a series of well written intriguing stories (vignettes, maybe? They do link eventually) to ponder. Each one is about a character or event in the neighbourhood. A lot of the characters wander from one story to another. Some of the hearsay in one story might form the basis for another story a few pages down. Even the stories are neighbours!

Accept the improbable, it’s for your own good!

There is a lot of surrealism but it is so well done that it just blends in! In that world, it is all plausible. A lot of it seems like memories from childhood recounted by an adult- but without the ability to entirely separate the real from folklore. Without the ability to discern what elements of local gossip are factual and which parts you imagined. I saw things I imagined. I imagined things.

There are sentences which make no sense at the start of stories- but seem very sensible by the end:

How do you lose a lottery? You win it or you don’t? You can only win, if not you are back to default. Which can’t be classed as losing- you just haven’t won? Anyway, it makes sense by the end. This book holds a logic all it’s own.  Potential murder victims turning into a swarm of flies. The Love is still standing but no one wants to go there. Two girls with the same name rivalling and twisting their own fates.

Its not a long book but People From My Neighbourhood made me pause between stories. There was so much in the little pages that I found myself elaborating and making the story a little longer for my own entertainment.  The endings are abrupt, more akin to the end of an unfinished memory than a story ending. You are almost forced to fill in the gaps where perhaps a child didn’t understand what an adult was doing. At times I wanted to draw the characters, it’s very playful. There is an innocence to it- but Kawakami slowly links the neighbourhood characters and little legends so well that it is also obviously deliberate.

Absolutely loved it, found myself trying to figure out if there were profound meanings or if Hiromi Kawakami was just writing fictional observations for her own enjoyment. I liked that she was genuinely documenting observations of different people and events in the neighbourhood. At face value, that could be it! Think everything or think nothing. She said it’s People From My Neighbourhood- and that’s what it is!

It’s a light, playful collection about community, dependancies and childhood. It is only a neighbourhood but there is a beauty in the people’s interactions. In People’s shared beliefs, however small.  Just like your neighbourhood. Neighbours are doing things they think no one notices but they do. Even down to the daily routine of an old man driving around town with ghost lady friends.

This book is the first of my reads and recommendations for  Women In Translation Month! Will be posting reviews for a few more great titles over the next week or so- Keep an eye out!

People From My Neighbourhood By Hiromi Kawakami. Translated by Ted Goossen. Published by Granta, 2020 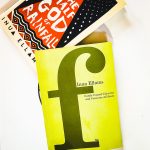 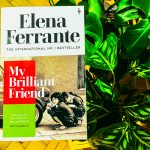 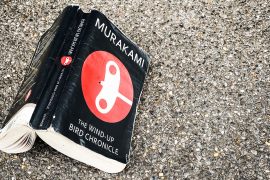 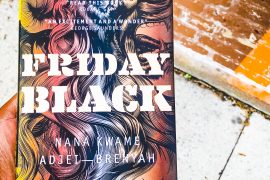 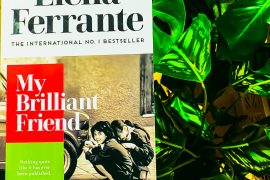