The Wind-Up Bird Chronicle by Murakami is one I read a long time ago!  This is a throwback post…. mostly because I don’t know how to read this month so here’s one I blogged earlier.

Strangely engaging….But not A Holiday Read! (Not for me anyway)

Summer 2014, took it with me on holiday. I had ambitious intentions but ended up only being able to get through about 30 pages. Every day I was distracted by stuff like food, beaches, tall buildings. This book got battered, I took it everywhere. Finished it when I got back.

It’s intriguing but also disorientating. A lot of it seemed like a string of dreams that barely made sense -maybe that was the intention, don’t know.

The Wind Up Bird Chronicle is a novel about a disillusioned young man, Toru Okada, whose wife (and cat- separately) vanishes under questionable circumstances. He then spends a very very long time in a dazed state of denial, trying to sort his life out. He also spends an unreasonable amount of time hanging out in a dry well.

Along the way, Mr Okada encounters and befriends a series of curious, uniquely troubled people- the women being the most impactful for me. These are the kind of people I would likely stay at least a table length away from after five minutes of party small talk. Every single one of them make you pity Okada’s ability to judge character. Sometimes you even question whether they are real or just an extension of his conscience .Yes, it’s that type of book. I’ve heard this story described as philosophical, which I suppose it could be. It’s an account of one man’s surreal self-realisation, a coming of age many years too late. In any case, it’s definitely not a light read. Probably why I couldn’t finish it on holiday. It’s not literally difficult to read though, straightforward prose.

Murakami is generous with his words so the narrative seems a bit lengthy at times it is an enjoyable challenge to read. It’s a welcome journey from any sort of reality. The writer is so generous that a few of Okada’s new friends even get to tell their own stories in some of the short chapters. The Wind Up Bird Chronicle is split into three with (thankfully) short, titled sections in each part so you don’t get lost between dilemmas.

The magic of this novel is in Murakami’s compelling ability to use descriptions and emotions to lead you through perplexing discoveries with the protagonist- whether you want to go or not! It is as difficult for the reader as it is for Okada to tell where nonsensical dreams end and reality begins. Eventually, it becomes second nature to empathise with his confusion.

There’s also an unexpected amount of bizarre sex in here – not smut but not romance either. Not like ‘Oh, they are just experimenting’ but  ‘Oh, wtf is happening here?’ It seems to be one of the ways Okada proves to himself he is real.  More recently, I’ve heard Murakami critiqued for his writing of women. From memory, I get that from the protagonist’s interactions with them in this book. I’ve got Hard Boiled Wonderland And The End Of The World to read, I’m curious to see if the sexualisation is a common theme.

Simultaneously disturbing and impressive. Looking forward to reading another by Haruki Murakami.

Also, considering the title, the Wind Up Bird makes relatively few appearances. Just letting you know in case you picked up this book because you like birds.

The Wind Up Bird Chronicle, Haruki Murakami published by Vintage Publishing in 2003 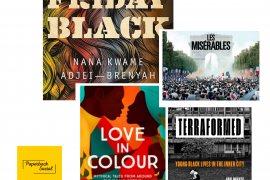 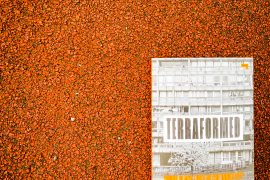