No Logo appealed to me because as a kid in the nineties, I was aware of an anti-corporate sentiment that the Gen X-ers were bandying around along with high tops and grunge. I didn’t really get it all at the time, eventually there were aspects which I grew to agree with and some I disagreed with. Ironically, most of this ‘Fight The Power’ was brought to me by MTV – a definite front-runner in corporate branding back then.

Without sounding like a lecture or a tree- hugger rant, No Logo briefs on how big brands are built (smoke, mirrors and adverts) and more interestingly, focuses is on who is exploited for these brands to succeed. Throughout, Klein highlights how the whole process has bred public resistance and protest. From some angles it’s a clear attack on capitalism as a whole but indirectly, it does make you think about the role we play in all this personally- mostly enabling by forking over cash. Every day.

The book is split into four parts, each with a few chapters- No Space, No Choice, No Jobs and No Logo. They explore manipulations in image and advertising, outsourcing employment, outsourcing manufacturing and finally focuses on resulting protests and culture jamming. Klein aims squarely at big brands who have partly endorsed themes like equality and environment awareness in a bid to get the real campaigners off their backs while appearing relevant.

No Logo’s most compelling examples come in the form of brands we recognise: Nike, Shell, Disney, Wal-Mart and McDonald’s. In the case of Nike, it is remarkable how well they’ve succeeded in being an organsiation that sells a concept – a feeling, not necessarily a product. Selling athleticism and ‘greatness’ has allowed them to separate themselves from the process that makes their trainers. The process isn’t as pretty as Ronaldo scoring from the penalty box! 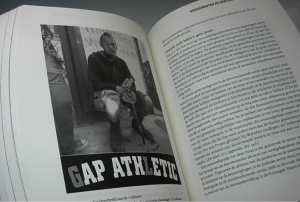 Also interesting is the corporate ‘borrowing’ of popular cultures, packaging them and then re-selling them to the originators. In the case of Nike, this would be the inner city kids in America who buy their products despite clearly being priced out. Another example is Starbucks shutting down local coffee shops, only to take their place while copying a similar set up.

The chapters I found most shocking were the ones focusing on corporate sponsorship in schools (get ‘em young) and sweatshop conditions respectively. You would think the education system would draw the line long before allowing companies and Coca- Cola and Channel One to influence young children’s thought processes through marketing but the money talks here. There is even a case of a child being suspended for wearing a Pepsi T shirt at a Coke sponsored school!

Klein visits Asian sweatshops where the workers are barely paid and girls are forced by employers to take pregnancy tests to ensure there isn’t a threat to their productivity! Where No Logo can fail is not exploring alternatives to this kind of employment. Super brands often argue that if the workers weren’t in their sweatshops, they’d be employed under worse conditions- but what are those?

There are topics in the book which prompt you to look further into detail elsewhere which is helpful. The execution of Ken Saro-Wiwa for his activism against Shell’s exploitation of the Ogoni people of Nigeria is one of those topics for myself. It’s shocking that we think we are just buying a product but it gets very dark very quickly.

Selling athleticism and ‘greatness’ has allowed them to separate themselves from the process that makes their trainers. The process isn’t as pretty as Ronaldo scoring from the penalty box

There are some points I disagree with – for example, Klein critises McDonald’s for setting it self up as a transient employer- but isn’t that what it should be? No one should plan to flip burgers for life, shouldn’t it be just a stop to help fund your further plans? The context of this argument, however, is zero hour contracts and outsourcing employment to agencies which makes me question why I think McDonald’s is fine as a transient employer- Should they be set up so people can progress and aspire to greater within their organisation? Is that even their responsibility?

The casual, knowledgeable tone sometimes feels like you are reading a very long New Yorker article, which I enjoyed. Well……. I’m not going to throw away my Nikes and stop eating burgers just yet but No Logo has definitely given me more than enough to think about. Yes, we need better alternatives but who will make them and how will they compete? 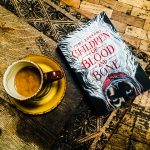 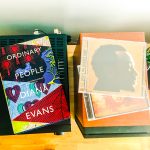 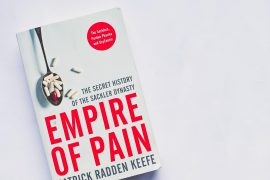 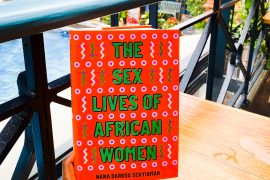