The Black Lives Matter marches have been astounding this year. Honestly, so moving to see. It’s different from the other marches in numbers, in spirit- the fearlessness is palpable. 50 States, 13 countries, on record to be the biggest there ever was. We are living through a historical milestone- nobody can deny 2020 is a year for the textbooks. I have big hopes in the upcoming generation- I bet every generation before us said that too…..but something does feel different this time. Even if it is baby steps

Results are being yielded. Minneapolis Police Dept being disbanded. Potentially an Amy Cooper bill to be passed to charge people calling with no sound basis other than race. Slaver statues being pulled down in London and Belgium. People are listening- or at the very least, pretending to listen. White People are admitting they were wrong and need to learn stuff. Renni-Eddo Lodge (Why I’m No Longer Talking To White People) is selling out everywhere. As are a tonne of other anti-racist books. It remains to be seen whether they will just sit on the shelf to be pointed at during dinner parties. It remains to be seen whether this is all a performance. At least 10% of them have to be for real and maybe thats all we need to make some sort of difference. Angela Davis herself said she was excited….in all likelihood, something is happening.

Something is happening. I’m just not sure what it is yet

We can’t all march! With Covid-19 jeering (I’m Black so 4x more likely to die from it apparently. The reasons for which could constitute a whole new post) and two kids under the age of 3, getting in a crowd of thousands is not a high option. To everyone who could, thank you from the bottom of my heart! For people like me who are looking for other ways to help:

Obviously, I would say that! Will post a list with some free resources soon. Plenty of anti racist and Black resistance book lists online eg here, here and here

As always, when donating, try to gain some transparency on where the money is going and who is handling it. Here are a few:

*I havent included the BLMUK fundsite here as the benefactors and motives remain unclear. It has not been confirmed that the organisers of this fund are genuinely associated with BLM, despit having raised upwards of £1m already

The Minessota Freedom Fund has raised over $20m and has asked for funds to be redirected:

Black Visions Collective– Collective working and campaigning toward a world where ALL Black Lives Matter, inclusive of queer and trans

George Floyd Memorial Fund, set up by his family

There is a countless number of these, here are a few:

Suspend UK Exports Of Tear Gas, Rubber Bullets and Riot Shields to US

Suspend use of police horses during BLM protests

Last but not least- Take care of yourself. Be happy. For us, being alive and happy is part of the movement. Go for that run, lie in that bath, eat that jollof, drink that G&T (and water afterwards, loads), laugh with your friends, kiss your lover, dance to that song, smile to yourself. Be thankful and love x

Photo Credit: My own from Brixton BLM Protests 2016 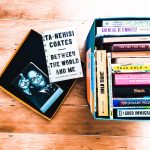 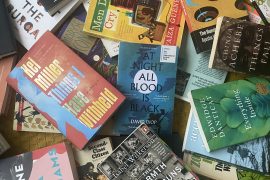 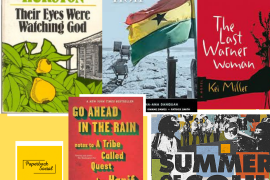