Don’t Let Me Be Lonely was a chance buy. I was gifted Citizen for Christmas a few years ago and still haven’t read it yet!  For some reason, I came across this book, bought it and read it straight away. Now I know I have just been missing out on Claudia Rankine all this time for no good reason!

The quote really sums up my feelings about alot of the book. Some of the ideas and sentiments are so recognisable but not necessarily in the way Rankine has presented them.  The book is a series of reflections where Rankine somehow intertwines her thoughts about bereavement and isolation, American society, TV images she has taken in and everyday impacts of Big Pharma. Parts of the book begged a second or third re-read. At any time, this book would have kept me in my thoughts. At a time when death rates were being broadcast as part of a daily routine, it was a stark reminder that lives are not stats.

Don’t Let Me Be Lonely is apt

Timely. Even though published post 9/11, 16 years ago, she could have written it  yesterday- it feels very current. Although often sorrowful, the simplicity and clarity of writing makes it so captivating. I would recommend this with no hesitation.  It is a short book but it’s not something to fly through, something to sit with and reflect on in a few sittings

Its written as prose poetry, I would have just called them vignettes but I obviously dont know enough about the genre. Especially since I thought I didn’t like poetry anymore but over lockdown, a series of books like Jay Bernard’s Surge and Odubanjo’s Why I Yet Live have been proving me very very wrong

Have you read anything by Claudia Rankine?

Don’t Let Me Be Lonely published by Penguin 2017 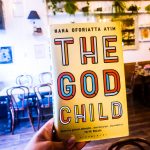 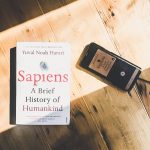