Augustown is one of my favourite stories, I just love everything about it. I’m probably not even going to be able to do Kei Miller justice in this post because it’s been two years since I read it. It was my first Instagram buddy read. It was also through this book that I learned what “Spanish Town” means!

I love the folklore of it. I can honestly imagine sitting with my Grandad on the steps outside and listening to him tell this story on a hot day. I really think I have heard the myth about people floating up to the sky before but I can’t remember where. It’s based on the teachings of Alexander Bedward – a real life Jamaican preacher who convinced his followers they could liberate themselves by flying up into the heavens if they climbed into a breadfruit tree in August Town. Kei Miller creates a vibrant fictional version of Augustown, bringing to life the struggles of Ma Taffy’s family and those of the neighbourhood’s inhabitants.

I love that it’s so entertaining but Miller also managed to make an effective social commentary about class hierarchy in Jamaica- and ultimately everywhere. Loved the idea of a myth as apocalyptic as the ‘autoclaps’  that slowly becomes believable.

Even though it’s not a long book, the characters are so strong that they stand on their own, especially Gina and Ma Taffy. It is quite character driven. A newspaper review of this I read described the story as ‘panoramic’ and I can’t think of a better word. The characters and storylines tie together so well. This is a book I would recommend with no hesitation.

I recently got The Last Warner Woman, which I’m hoping will have a similar style of story telling

Augustown by Kei Miller was published by W&N in 2016 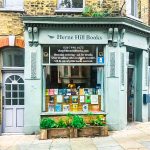 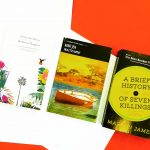