The AKO Caine Prize 2020 is one to look out for

I really should have been paying more attention to the Caine Prize over the past few years, the talent is immense! The stories are thoughtful, imaginative and vivid. Past winners include Leila Abouela, Namwali Serpell and NoViolet Bulawayo to name a few.  Past short listers include one of my favourite writers, Chimamanda Adichi. If you too have been slacking like Friday afternoon, you can catch up on past winners and stories here

What is the Caine Prize?

The AKO Caine Prize for African Writing is a literature prize awarded to an African writer of a short story published in English. The prize was launched in 2000 to encourage and highlight the richness and diversity of African writing by bringing it to a wider audience internationally. The focus on the short story reflects the contemporary development of the African story-telling tradition.

The Caine Prize 2020 winner will be announced on 27th July. The selection of stories this year is impressive and varied, I have started reading them over the past few days, here are some thoughts! No particular order btw

How To Marry An African president by Erica Sugo

The one where the sugar baby almost wins

How To Marry An An African President could be a lot of things depending on how you read it. It could literally be a How-To. I read it as a spirited cautionary monologue. The self assured, cynical, almost  instructive voice of narrator belonged to someone who has seen it all before . In fact, it’s so specific that it sounds like an Aunt recounting her own dejected experience under the guise of advice.

I loved reading this personally, there is so much to be said for it.  Based on relationships built between ‘Sugar Daddies’ and ‘Sugar Babies’, it subtly assesses power imbalance and societal expectations of both parties.  We see the dance, we see the game, we see the classic arc.  The build up (courting of the young woman), the peak (luxury granted, some semblance of power transfer) and finally we see the fall. That last sentence was was an ATTACK!

Although no specific African president is named, nor the protagonist,  you can draw parallels with a number of African president/First lady relationships. It speaks to the widely (ridiculously) accepted belief that women can be blamed for any mighty man’s downfall. Honourable mentions of Eve and Delilah

Why should it win?– Clever, entertaining social commentary. A sharp tint on a very familiar narrative

See/hear: Interview with Africa In Dialogue; Podcast with Books and Rhymes

I actually laughed while reading this, the references and footnotes were very funny. I’m not even sure what I just read?? Cannot be talking about a literal Mami Water? I’m really here formulating social analogies, am I reaching??

Taken as it is, it is a a very humorous, tongue in cheek rendition of a how-to pamphlet, complete with Oxford referencing! The obvious non existence (I think but who knows) of Mami- Wata makes it even better.  It’s the perfection of  the format that gets me! The combination of an African mythical creature and the academic context is sharp.  The story is funny and elegant. The way you’d want your mermaid to be when they meet your parents. I would pay to see Emelumadu read this with a straight face

If we go with my reach though, Emelumadu is really commenting on a few issues, including penalisation of same sex relationships, bisexual relationships and trans people. Even veganism gets a little side eye from the guide. My favourite thing it highlights though is how unaccepting some of the older African generation can be of quirks and individualism. Daddy doesn’t do ‘other’

Why should it win?– Very original, very witty. The creativity given to details in format is class

This post is getting too long. Congratulations if you made it down here!

There will be a part two with more brilliant stories by Irenosen Okojie (who else loved Butterfly Fish??) , Jowhor Ile and Rémy Ngamije.  Picking the Caine Prize 2020 winner will be tough! 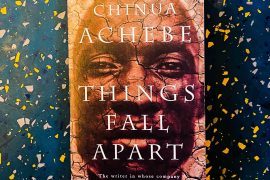 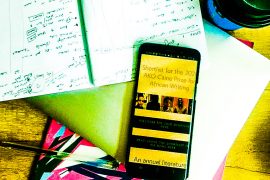