As promised, here is the second part of my Caine Prize 2020 short list rundown!  Finishing up with reviews of brilliant entries by Jowhor Ile, Irenosen Okojie and Rémy Ngamije. You can read Part One here for Erica Sugo and Chikodili Emelumadu’s stories

The one where love promises and souls stay

Beautiful, in a word. Nimi shows a genuine need for Benji, well beyond any marriage or traditional protocols.  A sentiment which I’ve not seen given enough space in African literature. Especially not in that age set! It’s delicate, desperate but gently so. Beginning by demonstrating Benji and Nimi’s intense, familiar intimacy makes the reader instantly believe in Benji’s presence. It then becomes even more confusing and saddening.

The language builds on that dependence so that Benji becomes difficult for the reader to let go of.  Puts us right there with Nimi, we began with him.  The characters, relationships and connections are revealed slowly. The scene setting was vivid and sensual, I knew exactly where we were. There is an optimism in the the community spirit. I dont’t know about you but I kind of imagined a compound!

Compared with the other stories, Fisherman’s Stew reminded me more of traditional African story telling in. It’s a bit folksy, I liked that, it’s a short story but I couldn’t help reading it slowly.

I really loved the ending because in any interpretation, Benji kept his promise

The one where an icon comes under fire

Full disclosure, I’ve actually read this story before and was a fan. It’s my favourite story in Nudibranch which I reviewed here earlier in the year. It’s what actually made me pay more attention to the Caine Prize 2020 award. I was then pleasantly surprised to find all the entries were brilliant and exceptional in their own ways!

The first few pages initially baffled me but nearing the halfway point, pieces flew together beautifully. What the inspiration was, who the the draughtsman might be, the appeal for Sidra in impersonating the icon. So skilfully personalising a story that became easily generalised in the news. Animating PTSD into the reader’s understanding. You wonder if it could pass as an origin story for an arsonist even.  I still have a question or two!

Even amid the wild imagery, there are relatable elements. As a dark skinned girl, Sidra needed Grace Jones to identify with.  Her eventual reliance on her agent brings to light the importance of human relationships, however small they may begin.

Okojie uses the surreal to illustrate how loss affects us- how we play into it our selves. the intermittent appearance of the draughtsman made me consider how we can invent our own torments.  There is a chaos in the story that jumps off the page and invites the reader to participate.

Why should it win?–  Extraordinarily surreal while still maintaining the human elements of trauma. Very original story

The Neighbourhood Watch by Rémy Ngamije

Read it here. Originally published: The Johannesburg Review of Books, 2019

The one where every day is today

Emotions are rarely discussed in this story- if at all. In their place are just reactions to situations, powerfully forcing the reader to conjure up those emotions alone. Also stresses that survival is key here, everything else is secondary. Everything beyond right now-today-is secondary.

Ngamije does so much in a few pages. I found it very clever, at times shocking. His words force the reader to contemplate the human condition, community and survival at all costs. The reader has to reckon with the value of life-or lack thereof- against a backdrop of poverty.  Three deaths are discussed in a few short pages, reactions to all of them are heartbreaking.  The reader has to reckon with the importance of compromising dignity in the face of fulfilling needs. All of them-  hunger, sexual, braving elements and finally love.

The vivid, descriptive imagery means Ngamije doesn’t have to explicitly say the crew are homeless. His explanation of their movements and priorities does it for him. His explanation of their commitment to each other, hierarchy and also how they use each other is at once thought provoking and saddening. I found how Omagano was used disturbing but was forced to contemplate this as a reality.

Neighbourhood Watch uses the weekly foraging schedule to make statements about the economic landscape- who is worth scavenging from? Ultimately, what does it say about that locale? Ngamije even makes some subtle pointers to politics through battle survival and lack of redemption for convicts.

Ultimately, it is love and generosity that makes them break their own cardinal rule- and dare to think of tomorrow.

Why should it win?– Clever, thoughtful analysis of poverty and society . Makes an emotive social commentary while barely mentioning emotions at all

Who will be the winner of the AKO Caine Prize 2020 award?

I thought there would be a clear standout! All the stories elicited different emotions and reactions very well. Fisherman’s stew made me feel sentimental, I will be ordering Ile’s novel After Many Days soon. How To Marry An African President, I thought was brilliant and got me thinking. Also will be picking up Erica Sugo’s All The Real Girls. Irenosen Okojie had already blown me away with the out-of this-world Grace Jones. Chikodili Emelumadu’s What To Do When Your Child Brings Home A Mami Wata is genuinely funny and thought provoking. Rémy Ngamije’s Neighbourhood Watch was observant and poignant. A selection!

The announcement will be made with a special film produced and directed by Jason Adesunloye. If he sounds familiar, its because he was nominated for Raindance Best British Short Film TWICE. 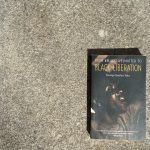