Within Black British history is a wealth of inspiration. Powerful, resilient, brilliant minds and figures from across the diaspora. Struggles, yes. Reverbs of colonialism and it’s lasting impacts? Of course.  Even with that, overwhelmingly, both the contributions and the perseverance of Black People in Britain are beautiful facets to celebrate .

Black British History is a vital part of the UK’s history that should be remembered and valued. Very interesting omissions are made in the educational curriculum. Growing up at school in London, I learned of wars won and the Tudors- and I dare you to forget 1066! Honestly, if I was to forgot every other number in the world, I would still remember that one.

I’ve always loved history but as a teen, I probably learned more about Ancient Egypt and Julius Caesar than I did about Elizabethan ‘blackamoors’ or Olive Morris or Windrush…. right on my doorstep! American Civil Rights, we were allowed to brush over from a distance of unaccountability during Black History month. Our history doesn’t start or end there. And the UK is far from innocent!

We can all do a lot better to discover for ourselves and next generations! If you’d like to learn more, here are 5 brilliant Black British History books:

Black an British sees award- winning historian Olusoga explore the longstanding relationship between the British Isles and the people of Africa and the Caribbean. Olusoga goes as far back as Roman and Medieval Britain to present fascinating points that seem to have been forgotten or eradicated. The book confronts taboos and scandals, addressing how Black and White Britons have been intimately entwined for centuries. Black and British was published to accompany the brilliant BBC Two series and was listed for a number of awards including the Orwell Prize

Staying Power is another book that takes the history of Black Britons aaalll the way back to the ancient Romans, to the Tudors and back to Olaudah Equiano and Mary Seacole. It was first published in the ’80s, amidst race riots and police brutality in the UK. Fryer’s Staying Power was radical, bold, needed. It showed how Africans, Asians and their descendants had long been erased from British history.  Fryer showed where they influenced political traditions, social institutions and cultural life. A deeply effective counter to a racist and nationalist agenda. The advent of Brexit and rising right wing propaganda shows there is still a place for this book.

First Published in 1985, The Heart Of The Race is a powerful document of the day-to-day realities of Black women in Britain. A landmark text written by Black women, who are are often excluded from discussions around history. Both in their contributions  to events and their documented works. The Heart of the Race is a powerful as a corrective to a version of Britain’s history. It reclaims and records black women’s place in that history, documenting their day-to-day struggles, their experiences of education, work and health care, and the personal and political struggles they have waged to preserve a sense of identity and community.

Born out of anti-colonial, feminist politics and black solidarity, there is still so much to be learned from this book in present day!

The Louder I Will Sing – Lee Lawrence

The Louder I will sing is a powerful, moving and inspiring memoir written by a Black British man looking over his shoulder at his journey. In 1985, Lee Lawrence’s mother Cherry Groce was wrongly shot and paralysed by police during a raid on her Brixton home. The incident sparked the Brixton riots that year. Lawrence recounts the incident’s devastating effects on his family and his endurance through his struggle for justice. Through his experiences, we learn about the painful relationship between the law and Black Britons. The blatant institutional racism of the Metropolitan police and the social impact of other landmark cases like Stephen Lawrence’s. Above all, this is story about a son loving his mother. It’s an important account.

Matera’s Black London is a vibrant history of the city in the 20th century and reveals it as a key site in the development of black internationalism and anticolonialism. Marc Matera shows the significant contributions of people of African and Caribbean descent to London’s rich social and cultural history, masterfully weaving together the stories of many famous historical figures and presenting their quests for personal, professional, and political recognition against the backdrop of a declining British Empire. Black London covers a wide span:  postcolonial history, the history of the African diaspora, urban studies, cultural studies, British studies, world history, Black studies, and feminist studies.
Published by University Of California Press 2015

This list is by no means exhaustive, there are so many amazing books on Black British History! Please feel free to share recommendations or if you have read any of the above, share your thoughts! 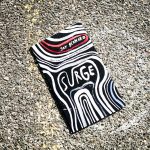 Surge by Jay Bernard and remembering the 1981 New Cross Fire 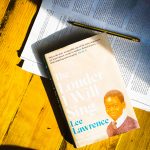 The Louder I Will Sing by Lee Lawrence: Book Review