During the beginnings of  Social Distance life in 2020, I ordered The Vanishing Half by Brit Bennett. I’d heard so much good about it and also, it was lockdown times- occasionally I would buy a book just to make me happy. Occasionally. Anyway, I held off on reading it because I wanted to read my copy of Nella Larsen’s Passing first. They cover similar themes and I don’t know of many titles that address passing, colourism and women well. Ended up reading both in December.

The contexts are a little bit different. Passing is a wonderfully slim text and stays in the 1920s whereas The Vanishing Half reaches across generations from the 50s to the 90s. They both deserve their own review posts really but I don’t know when that will happen so here are some thoughts.

I was particularly struck by Passing and how much Larsen achieved in such little space. Her writing style is so entertaining, it’s a really captivating story even besides the passing element. That ending is one of the best I’ve read and almost begs a second read. Both were books I could barely put down. Vanishing Half for different reasons- it was the revelations and enticing multiple character perspectives. The view of relatives through generations, there was always still love in some form.

Disappearing in one world and re-inventing in another

Something that strikes me about ‘passing’ as a concept and doing so successfully is the complete erasure of lineage. The complete erasure of any acknowledgment of family history is the “gift” passed to future generations. In order to pass successfully, someone would have to ‘disappear’ in one world and manifest a version of themselves  in another. Black and White respectively. Do you know how wild that is?  Their child could grow up with absolutely no idea of their heritage. The impact on children of a parent “passing” is explored well in The Vanishing Half in the divergent paths of Jude and Kennedy. We get a glimpse of it in Passing through Clare’s daughter. The motherhood theme should not be underplayed here at all. The affluent dark skinned parents who move in across street from Stella might be peripheral characters but are still so significant.

A bit of infatuation, a bit of suspicion

Both of stories go a long way to delve into the complexities of relationships between women. Women as friends in Passing. Women as sisters, mothers and daughters in The Vanishing Half. Some of the finer moments of both books are where the women display a clear admiration for each other. Intertwined with the admiration though are hints of suspicion. Sometimes very warranted.  I found it endearing that Irene seemed a little but infatuated with Clare. That aspect reminded me a little of Lila and Elena. In Passing, it could have been a lot more than a little infatuation though! The way the story played out in Passing did make me question every single motive. 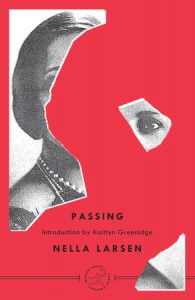 I enjoyed that no one is particularly painted as a villain or an angel in any of these stories, we are all capable of acting in our own selfish interests. The character studies and explorations of what people represent to each other. People can see freedom or chains in each other, particularly in romantic relationships. You can see it in who Stella, Clare and even Irene choose to be with. Even when they are choosing to be with one another to pass time. You can see it in Brian Redfields actions.

You wonder of what other forms of ‘passing’ are taking place in Nella Larsen’s tale. Irene might not be attempting to be white but there is obviously a class she wants to belong to. Obviously behaviours she is willing to imitate and impose on her husband and family. In the workings of her mind, some sacrifices are worth her authenticity too. The magnitude of this line of thought is much bigger for Clare who is passing for White.

Colourism and class are obvious themes in both books. The staggering contrast in opportunities in love and life afforded to  Stella and Desiree, Jude and Kennedy. The evolution of Jude’s character made her my favourite in that book.  The women passing did so to escape poverty and damning discrimination. Through all the women, there explorations of how femininity is perceived. Which women should be loved and protected?  Romantic relationships with men allow for a look at gender dynamics and patriarchy within a historic context.

Of Baes and Passing

Both of these books explore women passing. It just made me wonder….what are men doing exactly? what is going on that a woman can marry a guy and he doesn’t even suspect that she is of A WHOLE ENTIRE DIFFERENT RACE?? I just feel  like if my husband was lying to me about something as big as his race or ethnic background, I would pick it up somehow. I mean in 5-10 years of marriage, I just feel like I will have realised that a guy is telling me he is solely of the Caucasus but, in fact, he has immediate grandparents in Ghana.

Also in The Vanishing Half, there were little details that just intrigued me. Like the profession of a finger print reader. First of all, can you imagine being able to distinguish between fingerprints WITH YOUR BARE EYES. Secondly, due to technology, that career path must just be gone now? All the prints are probably on cloud drives, archived by digital recognition.

I loved the invention of Mallard- invention in all sense of the word. I love world building but there’s another dimension here because of what Mallard represents and whether it even officially exists in that fictional world

Both books are brilliant and Passing, for me has a very timeless quality. The dynamics between the characters are so recognisable. At 128 pages, I would be at a loss for reasons for you to miss out on it.

Passing the film debuted at Sundance 2021 and currently, Netflix is trying to snatch it up. Stars Ruth Negga and Tessa Thompson. Deadline shared news that Issa Rae will be producing The Vanishing Half for HBO!

Oh, I did get a bit distracted a third of the way through Passing, wondering what would have happened if Clare and Irene went to a party thrown by The Great Gatsby. Same era, different worlds. I don’t know if it would happen in the books but Im quite sure Baz Luhrmann and Jay Z would let it fly.

Passing By Nella Larsen originally published in by Alfred A Knopf 1929. My Beautiful copy was published by Chemeketa Press in 2018 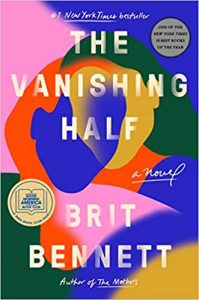 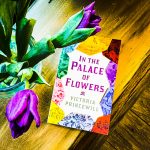 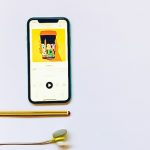