It’s turned out to be a busy Summer! Thought I’d have loads of time but between painting and days out with the baby paperbacks, barely had a second to tap out a review. Can I even write one anymore?? I’ve been reading some books though, highlights from June and July below, along with what I thought of the beautiful Summer Of Soul film (produced by Questlove of The Roots)

Accra Noir edited by Nana Ama Danquah  –  I loved reading this collection! Ghana as I know it through books is often more conventional classic or contemporary lit and although this likely falls into the latter, it was truly something different. A darker side to the beautiful country with story lines linking classes from the political to the fish markets through lines of sex and death. Some funny and some just completely unexpected turns. I’ll look forward to tracking down some works from these writers

The Lost Warner Woman by Kei Miller – Speaking Of folklore, Miller’s story telling was skillful and intentional as I’ve come to expect. The supernatural, eventful story of Adamine Bustamante (a name!), a Jamaican prophetess whose divinity empowers her to warn of disasters to come. I didn’t get into it as easily as I did Augustown (a favourite) but when I did, I loved the placement of revivalist spirituality  in a modern setting and the talent of linking every story line seamlessly. Recounting her story from multiple perspectives raised questions on who defines what is acceptable of religion and who’s version of a story is valid.

Go Ahead In The Rain: Notes To A Tribe Called Quest by Hanif Abdurraqib is another book I have meant to read for a while. After getting into some interviews and articles by Abduurraqib, I was much looking forward to reading this ode to one of my favourite musical groups. I loved it. Abdurraqib is so sincere in weaving his own personal experiences and life timeline into the story of A Tribe Called Quest. His love for their artistry really shone through with such a warmth, you could see their albums were integral through his adolescence and adulthood. It’s a personal story too.

Stepping into the cinema again after months of lockdowns alone was exciting. Stepping in to watch Summer Of Soul was just a delight! A documentary film a directed by Questlove, it documents the magnificent gathering of people and performers for the 1969 Harlem Cultural Festival concerts. First of all, I can’t believe I didn’t even know it had happened?? I mean, I wasn’t born yet but that’s besides the point. Can you imagine a line up (out in a park as well) including Stevie Wonder, Sly And The Family Stone, Nina Simone, The Staple Singers, David Ruffin, Mahalia Jackson, Gladys Knight, Hugh Makesela, Mongo Santamaria as well as a host of activists and journalists.

Loved Sky and Family Stone and The Staple Singers performances. I found Nina Simone’s performance powerful, I think I actually clapped in the cinema (52 years later). I need to find more of her live performances.  The concert and lead up was much more than the music. It was put together to celebrate Black Pride and Unity and it was successful. Even through the screen, you could feel something happening.

Apart from just being incredibly beautiful and inspiring to watch, it also raised questions about how much of Black cultural history is lost across the globe. Documenting and archiving is so important. How did a festival with over 300 000 attendees over 6 concerts skip the public conscious over time?  Especially having happened within the same summer as Woodstock- or because it happened in the same summer? Notably the concerts were recorded but never seen until now. So many beautiful Black faces experiencing  an amazing, historic moment of joy.

Summer Of Soul also really gave an idea of Black American sentiment at the time even on the irrelevance of man landing on the moon that year while some were living hand to mouth. Questlove called the footage an “embarrassment of riches” in a Pitchfork interview and it really is! I will watch it again 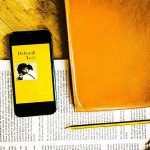 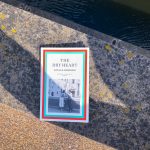 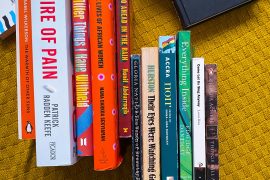 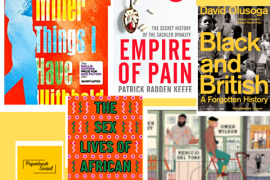 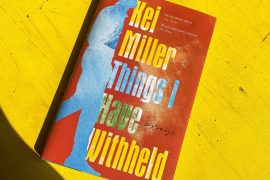