The Dry Heart by Natalia Ginzburg

The Dry Heart contains an incredible amount of emotional chaos with so much measure. A chaos so well merged with the mundane that it becomes routine. For Her. Until it wasn’t.  With a first line like “I shot him between the eyes”, there is obviously a lot of explanation due.  Do we get enough of an explanation? There’s a strange dissonance, the reflections and memories are extremely calm despite the whole murder confession we are introduced with.  We’re hearing a quietly frustrated woman (unnamed)  think through what lead to her shoot her husband at home with his own gun.

The murder that begins the novella is completely out of her character so although the book begins with a confession, it isn’t telling of her person. We don’t know her and She remains unnamed so these emotions could belong to any number of women. Indeed, you can hear of these dysfunctions in any number of unhappy marriages. She’s disturbingly disempowered by both the limiting nature of her assumed role and by his open lack of emotional availability.

Disempowerment is a theme in all her relationships- she has overbearing parents and a completely self serving best friend.  In her marriage, we see it the most.  Their union is based on an illusion of her own ideals (it’s baseless really)  and she is completely overshadowed by her much older husband’s open obsession with another married woman. And the obsession pre-dated her! Imagine feeling like someone else is the main character in your own story.  While there doesn’t seem to have been any real reason in her favour to marry him, he definitely worsens the situation ten fold. There’s a manipulation at play that destructs slowly.

“I said to myself that if he asked me I would marry him, and then I would know at every hour of the day where he was and what he was doing.”

You can witness and maybe even recognise all the little ways in which someone can convince themselves of love. Even when they really didn’t need that particular love. It’s almost more of a curiosity she has about Alberto. An idea she wants to love. The narrator’s thoughts encourage the reader to consider how women’s pre-defined roles in romantic and familial relationships can come to define them. Her eventual realisation comes with a very final action.

What I found interesting was The Dry Heart should have sounded at least a little bit erratic or frantic in tone but it’s very even, direct with sparse writing. I don’t know if that was due to translation or original intention of the author. Either way it worked. You wonder if the narrator is making omissions or just tired of it all. You would think there’d be more of a desperation or searching in her explanations for the murder. Instead, it seems absurd and dustant. She is both involved and not. At once intimate and detached.

The Dry Heart delivers it’s drama in a gradual quiet implosion so it won’t blow you away on impact but it will definitely leave you thinking. Alot is done with 108 pages here, I’m curious to read another by Ginzburg 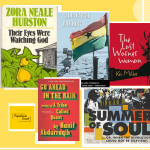 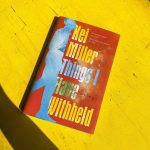