There have been so many great titles by Black British writers published over the past year, it’s been exciting! Short on time so for me, a lot of them are living in my wish list for now!  Here are a few I’ve got my eye on this Summer, hopefully I will get to read at least a couple of them. Hopefully you will too…

Love In Colour by Bolu Babalola

Bolu Babalola has been one of my favourites on Twitter for years, sharp, funny and on beat with her observations. I loved reading her piece, Netflix And Chill (Click that link, you won’t regret it). It was something I  could recognise some version of in my memories of twenty-something . It was shortlisted for the 4th Estate BAME Short Story award in 2016.

Love In Colour sees Babalola reimagine magical folktales of West Africa, Greek mythology, the Middle East and more. I’m a fan of folklore and well told mythology, I can only imagine what she will do with it. I think there will have to be a pre-order

Love In Colour will be published on 20th August 2020 by Headline. Available to pre order at Hive

A Dickensian tale of two young boys attempting to survive in contemporary Lagos, The Street Hawker’s Apprentice is an affecting novel about sacrifice and love. Temilola is the rich son of a prominent Nigerian politician who crosses paths with Vipaar, a street hawker, when Temilola is kidnapped, robbed, and left for dead. Initially Vipaar is wary of Temilola and seeks to rid himself of the helpless boy. But when his conscience gets the better of him, Vipaar takes Temilola under his wing. They both learn to navigate the ruthless underbelly of Lagos, and in turn learn just how far they will go to protect themselves and each other.

Sounds pretty exciting to me! Kabir Kareem-Bello was born in Ibadan, Nigeria, and moved to the UK with his family in 1992. He self published Memoirs of a Young African and also used to  blog

This is a #Twentyin2020 publication, to be published on 13th August. Available to pre-order with Jacaranda Books

Joy White gives a Black British perspective on how austerity, gentrification and structural racism have impacted Newham, East London. She draws links between music, politics and the built environment to centre the experience of young Black people in the area. I’m interested to see how she analyses the widening inequality within our communities and how she involves her own personal experiences.

Maame Blue is also one of the Black British writers I have been following on Twitter for a while. I was glad to see her as one of the authors to be published as part of Jacaranda Books’ #Twentyin2020 initiative.

Bad Love charts Ekuah Danquah’s relationship (situationship?) with an elusive, attractive musician Dee. Set In London, Venice,Accra and Paris, it’s not your average love story: ‘I’m not a romantice. But love-hard, bad rough love- well- I could speak on that all day’

I’m cheating a little here, I’ve already read and reviewed it here recently! Be sure to check out the audiobook narrated by Vivienne Acheampong!

The Returnees by Elizabeth Okoh

Following a bad break up, Osayuki Idahosa moves from her London to Lagos- somewhere she hasn’t lived for a many years! She begins a high powered job at House of Martha as their Head of PR.  On her journey in, she meets Cynthia Okoye and Kian Bajo, a wanna-be Afrobeat star – in Milan airport while awaiting a connecting flight. They separate on landing in Lagos but their stories intertwine during the course of the book.

Really sounds like the base for gossip you hear at your cousin’s friend’s ex’s birthday party and I for one, am interested!

Elizabeth Okoh is a British-Nigerian Writer, Photographer and Content Creator who was raised in Lagos but has been living in London since she was a teenager.

What new releases by Black British writers are you looking forward to this Summer? 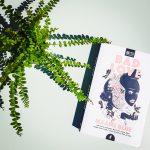 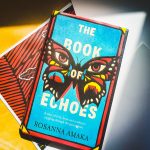 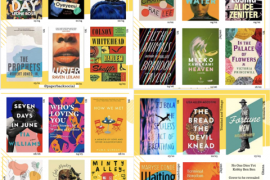