Friday Black by Nana Kwame Adjei- Brenyah showcases amazing imagination and brilliant, sincere storytelling . That good type of surreal you can believe in without too much effort. Futuristic doesn’t even capture it properly- it’s an illustration of an alternative, heightened version of the reality we live in now. Brenyah covers a lot but what stood out most to me is what the narratives said about race, class and consumerism

Friday Black is a collection of short stories I found difficult to define absolutely. It is a brilliant read, I know it has been favourably reviewed a number of times already so I’m not going to review it. Here are a few thoughts I had about some of the stories about some of my favourite stories instead

Right now, right in this moment there seems to be infinite availability of articles and visuals documenting disregard for Black Lives. Disdain. Some here in the UK, some in US. None of it is abstract. It could all happen to me. Sometimes it’s unavoidable to process it. Reading fiction like Friday Black can help to frame some thoughts. These stories can seem absurd- but actually the scenario where a Black person is killed in the name of protection and patriotism is real. Saying her name is powerful. Declaring the names of the victims in Finkelstein 5 is powerful.

This idea of adjusting Blackness as a matter of life and death is real. I’ve heard countless accounts of Black people learning to behave differently around law enforcement. Yesterday, I saw a news story about a barrister in court who was mistaken for a defendant three times in a day. Does she have to adjust her Blackness? Why? Why? I’m learning more and more that it’s the society and frameworks we need to reject instead. The real question is why are so many defendants Black?

The Finklestein 5 was a banger of a story for Nana Kwame Adjei Brenyah to open with. I’ve heard Friday Black compared with Toni Morrison’s Song oF Solomon which I have but am yet to read. Bernadine Evaristo also compared it to Come Let Us Sing Anyway by Leone Ross which I now have to read!

Friday Black has been compared with Black Mirror ALOT. When I read the book, I understood why. Both are critiques of how comprehensively we are ruled by systems imposed on us- whether technological or societal. It’s a perfect parallel. When Emmanuel is adjusting his Blackness on a scale of 1 to 10, I imagined the episode where a girl is adjusting her life to accumulate social media metrics. You can see the numbers increasing and decreasing on the screen like a video game. That’s how I imagined some of Friday Black. The dystopian ‘ground hog day’ of The Flash and the fate play of The Hospital Where also really reminded me of Black Mirror

Anyway….. I said all of that partly as an excuse to recommend a few favourite  Black Mirror Epsiodes:

Friday Black, In Retail & How to Sell A Jacket As Told By Ice King- Consumerism

The three connected stories are very recognisable as exaggerations of how we are affected by consumerism and capitalism. Some of the customers are literally  speaking a different on America’s biggest sale day.  They rely on purchased products to define their self worth. Ice King sees himself as above these savages but even he seems to find his self worth in his superiority as a salesman. Another cog. Brenyah’s tone is so casual and relatable, it doesn’t come off as preachy. It is very relatable -mostly.

Brenyah critiques how we are ruled by systems imposed on us- whether technological or societal.

I could really ramble about this book. Probably my second favourite story (hard to pick!) is The Era. I found it emotive, surreal and entirely logical in the way to demonstrates how early the lines of class are drawn. From Childhood. There is also that notion of applying scientific advances and genetic changes to human beings- ultimately creating superior beings. How will affect our society? It reminded me of a chapter of 21 Lessons From The 21st Century by Yuval Noah Harari, which I’m listening to now

One of my other favourite stories is Lark Street- where a Father’s guilty conscience about abortion manifests physically in his would-be children. Nana Kwame Adjei Brenyah writes with a re-occuring theme of death and resurrection through Friday Black.

Obviously, I would recommend it!

What have you read that seems very timely lately? 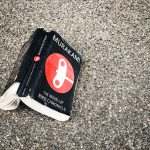