Woman At Point Zero is a powerful translated novel, narrated as a first hand account of Firdaus’ life.  It was written by Nawal El Saadawi through her real life case studies of Egyptian Women in prison in the early 1970s. By the time we meet Firdaus, she has already been sentenced to death for the murder of a pimp.

An Arab woman from a poor farming community, Firdaus plainly recounts her life and critical moments. We learn through her descriptions how she struggled to reconcile her father’s callous actions with his religion. How she discovers sexual pleasure and has that taken from her through FGM. How she is abused as a commodity- by an uncle, by her husband, a number of men. Through her experiences, she learns how to navigate male-female power dynamics as a successful sex worker.  A lot of the story is very heart breaking, but ultimately what comes across is Firdaus’ growing refusal to be permanently subdued. The woman El Sawaadi writes about has become formidable- uncompromisingly principled, even if disillusioned.

A powerful, haunting story and conviction of character

The repeated themes are both haunting and thought provoking. There are repeated scenes of Firdaus finding herself literally in the dark, looking to someone she trusts to save her. The repeated attempts to find her mother’s eyes in other people’s. The repeated disappointment really impacted me.  It will take a few days to understand what my own thoughts on it are. True to the character Firdaus would have been (she was executed in 1975) the language is very straight forward- there is a shaking clarity in it, especially toward the end.

Firdaus’ confidence and conviction against the backdrop of her life story is extremely striking. El Saadawi said that her image never left her after writing Woman At Point Zero, even after her death. You can see why. 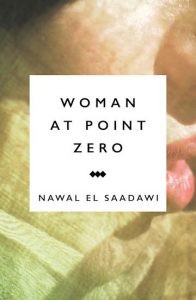 Sex, power and love as currency

One of the most powerful aspects of the book is how El Saadawi herself related to Firdaus. How her own self confidence is rocked through Firdaus’ perception of her. Ironically, it is this same diminishing self confidence that Firdaus is able to identify in men, particularly those of assumed higher class.  The desperation for power. She understood the influence of ego in men’s decisions and came to fearlessly reject it. She understood that her body was being exploited as currency and that in a crippling patriarchal society, her choices are extremely limited. She accepts this and becomes even more fearless.   She saw class divisions and deciphered how money, power, love and sex were transactional in many male- female relationships- all of them to her argument. El Saadawi listened.  She gave Firdaus the platform that she’d been denied. At times violently so.

A reader can easily put themself in El Saadawi’s place. If you are listening to a woman passionately challenge how society commodifies us- with or without our consent/ participation – then you have to give consideration to what your place is. What your choices are- Are you ok with it? What do you think? And how much does it matter? Firdaus’ outlook is understandably affected by a deep despondency so while my thoughts didn’t always align with hers, there is so much to be reckoned with in her stark truths.

The naming of Firdaus is so important because aside from the remarkable ending, it could have been any number of women’s story.

Nawal El Saadawi (1931-2021) has left a legacy of valuable feminist works which am interested to learn more about. She was an incredible Egyptian feminist author, a  doctor and government official. Egyptian officials viewed her expression of views and opinions on oppression of women as a threat- she was imprisoned in 1981 for “crimes against the state”. She was the first Egyptian woman to write publicly about FGM, having endured it herself at age 6.  Around the time of writing Woman At Point Zero, she had stripped of her responsibilities as Director Of Health Education – Following the publication of Women And Sex. Her many other works include: 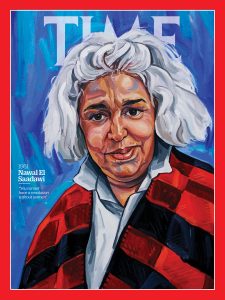 Woman At Point Zero written in Arabic and translated to English by  Sherif Hetata.

Published by Zed Books in 1983 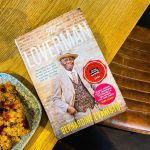 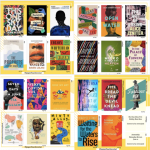