Been having to choose between podcasts and albums a lot lately…..

I’ve been listening to a lot of podcasts. I never used to. I’m going to note my favourite(s) each month. You’ll find that most of them will be book related although some may not be.  ‘A Podcast Episode’ is the first name that came to me  and I’m running with it. I’d be interested to know if you’ve also been listening to these podcasts!

Mostly Lit is brilliant. A good combination of books, film and pop culture- mostly books .  Rai, Alex and Derek have an entertaining dynamic and their sense of humour keeps each session light hearted. Also keeps me laughing by myself on public transport.

Loved this particular episode as it homes in on one of my favourite novels- F Scott Fitzgerald’s The Great Gatsby. Baz Luhrmann’s movie adaptation is also one of my favourites- beautiful to look at, brilliant soundtrack and Leonardo Di Caprio really brought the guy to life.  I’ve always found Jay Gatsby to be one of the most intriguing characters I’ve read. Maybe some of that intrigue is down to his distance. The whole book about him but it’s narrated by Nick. Nick is the prototype of a wingman.

How real was Daisy and Jay’s love for each other? What did it represent in terms of class? Did Jay get lost in the sauce? How can a man build an entire life just to attract one woman? Was he really trying to prove himself to that entire world she belonged to  Was Daisy’s relationship with Tom about security and what was accepted? Tom’s affair was about him loving someone beneath his own strata after all

The episode got me thinking more about how a lot of The Great Gatsby is class interrupting or driving love. It’s mostly a social commentary on class and society during the prohibition era with some life lessons thrown in. Derek saying Gatsby is mandem was hilarious could be fairly accurate . He’s working class with lofty champagne aspirations- often sold as the American Dream. He’ll throw a party to show you. .  It’s also interesting that they pointed out how everything about Daisy’s character was written to intentionally charm, down to the murmur…sign of the times- it was probably all she could do given her constraints.

I could write a whole blog post and/or essay about this novel. Maybe I will at some point 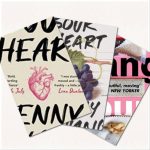