Just Like Tomorrow is Faïza Guène’s debut novel translated from French to English by Sarah Ardizzone. Originally published as Kiffe Kiffe Demain when Guène was just 19 (!)

There’s a lot in this story for a book that seems so humorous and light! Using a young person’s perspective, Guène is adept in putting a lighter spin on issues impacting North African immigrants in France. It’s similar to her most recent novel Men Don’t Cry (reviewed here) in this respect.  Doria reminds me much of Mourad, although younger. Centring the children of immigrants, innocence is a prism and highlights gaps in culture and perspective that develops between first and second generations

Doria is a sweet, sharp fifteen year old girl with a bleak view from her estate. Located on the outskirts of Paris, it’s ironically named Paradise. Doria puts up with barely equipped social workers, an alcoholic psychologist, racist teachers, disparaging comments from French peers. Her alcoholic father has disappeared back to Morocco to start a new family, her mother is loving but illiterate with limited prospects. Doria’s witty commentary and fresh eyes made it endearing to read.

Through Doria’s eyes, all the characters were important

Without being contrived, I think every character and relationship had a purpose. The self important social workers show the state’s lack of understanding of what citizens need. Teachers’ attitudes towards Doria were xenophobic and disrespectful of her Muslim faith. Yasmine’s employer exploited  immigrant labour. Masculinity was explored through Hamoudi and Youssef’s stories. There’s also just the teen crushes and frustrations that make it all seem natural.

One of the aspects I appreciated most was Doria learning about the position of women in her community – the young girls who were sometimes forcibly controlled by fathers and brothers, the girls who decided they’d had enough and escaped! The way her mother was excluded as a single mother, the weight her own father put on gender roles. I loved how Doria could see through it all, and wanted more even when deeply disappointed.

In the glossary, I found the definition of the slang term “Kiffe Kiffe” quite interesting. Definitely made me wish I could read it in French! Sarah Ardizzone’s experience with translating slang made the Morrocan- French slang fit easily into London equivalents

Just Like Tomorrow reminded me of The House On Mango Street in that sense. Both are books which I would appreciate a lot more had I read them in mid- late teens. Actually, when I finished Mango street, I think I realised I had actually read it at school! Any way, digressing

In the back cover of this book, titles by Malorie Blackman and Jacqueline Wilson were advertised, I think it fits in that space well! I found Just Like Tomorrow really easy to read, didn’t take me long to finish. I enjoyed Doria’s gradual move from moody and cynical to hopeful. Ultimately, I felt like this coming of age story was about that- hope and love against odds 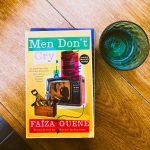 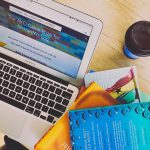