Men Don’t Cry by Faïza Guène wittily charts Mourad Chennoun’s coming of age. He’s a young twenty-something navigating the complexities of being born to traditional Algerian immigrants in modern France. They live in Nice, where his father dedicates time to fixing “junk” in the backyard while his mum dramatically laments the loss of traditions since moving away from her home village.
Seeing limitations and xenophobia around him, Mourad fears doing nothing with his life. His father’s stroke forces him to confront his own fears for his potential and take a stand within his family. Between Mourad, his father and his cousin Miloud, we see very different versions of masculinity- one traditional, one under development and one macho toy boy

Interestingly, I found it also almost as much a second hand perspective of his eldest sister’s evolution as a feminist, rejecting many elements of her upbringing. Her determination and apparent loss of self leads both the reader and Mourad to wonder what is being gained from her newly earned upward mobility- Is she leaving one world of restrictions to assimilate into a world with a new set of them?  Both her mother and their younger, more timid sister, Mina, offer a contrast to this rebellion.

What I wasn’t expecting was for so much of the story to be funny! Despite the subjects at hand, the writing is so humorous- although completely different cultures and issues, it reminded me of Mr Loverman in that sense. There were also little touches that I enjoyed like Miloud’s nostalgia for an old Algerian pop song that made their experience seem more real.

From Mourad’s training as a teacher, we learn about the limitations of the education system within the working class and even of some of the challenges faced within a hierarchy of teachers.

I found it interesting that the French slang used in the school where Mourad taught translated so well to London’s slang terms. It made sense after Googling the translator Sarah Ardizzone and finding that she specialises in translating slang especially from Marseille and Brixton.

It was great to see a world away from the Paris that is usually presented in the mainstream- a tower, some croissants and an Emily. I’d love to see more books like this or Les Miserablés (2019) or Girlhood in film. I look forward to more from Faïza Guène – her debut, Just Like Tomorrow (Kiffe Kiffe Demain)- is also on my read list  .

Thanks to Cassava Republic Press for this review copy 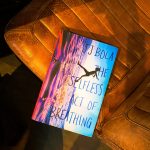 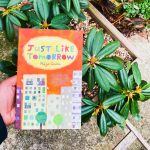